Anyone who rides a motorcycle on Staten Island knows that he or she is taking a risk. In exchange for the rush of freedom and exhilaration you get from riding on two wheels in the open air, you accept the risk that in an accident, you lack any significant safety protection to absorb the impact of a collision.

Just because riding a motorcycle comes with risks, however, does not mean other motorists have the right to disregard motorcyclists’ safety. In our years of experience, most motorcycle accidents stem from the careless or reckless actions of the driver of a car, truck, bus, or other four-wheeled vehicle.

Jacoby & Meyers, LLP, is a personal injury law firm with offices throughout the New York, New Jersey, and Connecticut Tri-State area. The sole focus of our work is representing victims of accidental injuries, including anyone hurt in a motorcycle accident, to help them obtain the compensation that they need to heal and move forward with their lives. If a Staten Island motorcycle wreck devastates your life, contact us online, or call us at (877)-565-2993, to learn how we can help.

For nearly five decades, Jacoby & Meyers, LLP, has dedicated itself to a singular mission: delivering top-quality legal services to victims of accidental injury, who deserve lawyers that are as skilled and aggressive as the ones who defend insurance companies and well-funded defendants. Our hard work has paid off for our clients, many of whom have received millions of dollars in compensation for injuries that they have sustained due to someone else’s carelessness or recklessness. 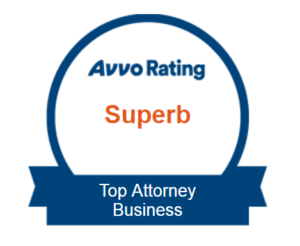 Just as important to our team as our high-dollar-value successes is ensuring that our clients receive the personalized attention that they deserve. Jacoby & Meyers, LLP’s lawyers represent motorcycle accident victims and families enduring some of the most difficult times of their lives. Our clients appreciate how we always take the time to answer their questions, how we keep them at ease during stressful moments, and how we outmatch our opponents in the courtroom.

Simply put, our long track record of success and our legendary commitment to treating every client with dignity and respect make us the finest motorcycle accident injury law firm in the Tri-State area.

Official New York State data reflects that 4,392 motorcycle crashes occurred around the state in 2018. In 84 percent of those accidents, a motorcycle rider sustained injuries ranging from fatal (142 riders), to “serious” (831 riders), to “moderate” (1,065 riders), to “minor” (1,806 riders). Roughly the same percentage of the 83 motorcycle wrecks on Staten Island in 2018 resulted in injured riders.

State data drawn from police reports also reflect that a variety of factors contribute to these auto accidents. The four most common of those are:

In one recent year, 851 motorcycle accidents on New York roads involved “driver inattention/distraction” as a contributing cause. The data does not say which “driver” was inattentive or distracted in these motorcycle collisions, but it is a good bet that in many of them the lack of focus happened behind the wheel of a car or truck, and left a motorcyclist dead or injured.

It is no secret how bad the problem of distracted driving has become on New York roads. Smartphones contribute to distraction and inattention, but they are hardly the only culprits in accidents that injure motorcyclists on Staten Island. Any action or condition that draws a driver’s focus away from the visual, motor, or cognitive elements of driving a car or truck constitutes a dangerous distraction that can take lives.

In one recent year, 826 motorcycle accidents resulted from a driver’s failure to yield the right-of-way in New York. Again, the data does not specify which drivers made this type of error resulting in a bike wreck, but experience points to operators of cars and trucks. Anyone who has spent time riding motorcycles knows turning cars represent one of the greatest hazards to the safety of all motorcyclists, particularly cars turning left across a lane of oncoming traffic.

In one recent year, 779 New York motorcycle accidents involved a driver who passed or changed lanes unsafely. Car and truck drivers, and motorcyclists, can equally make this kind of fatal or catastrophic error. Motorists often speed past motorcyclists in a way that causes a loss of control, or change lanes in front of motorcyclists without first clearing their blind spots.

Finally, speeding plays a predictable, albeit tragic, role in New York motorcycle accidents—777 bike wrecks in one year involved a vehicle traveling too fast for road conditions. Cars, trucks, and motorcycles were all, no doubt, guilty of this common, but deadly, driving error. Unsafe speeds not only raise the risk of an accident occurring, but also exponentially increase the forces involved in a collision. The greater the forces, the higher the likelihood of a motorcyclist suffering a catastrophic or fatal injury.

The four factors above represent the most common contributing factors in New York motorcycle accidents, but they are hardly the only factors that contribute to wrecks on Staten Island and elsewhere. Other common factors leading to deaths and injuries among motorcyclists on local roads include following a motorcycle too closely (car and truck drivers often do not realize that bikes brake faster than other vehicles), and dangerous-but-preventable road conditions that cause motorcyclists to lose control. thus potentially causing a truck related accident.

In every Staten Island motorcycle accident matter, the team at Jacoby & Meyers, LLP, aims to identify, in as much detail as possible, the factors that contributed to the wreck. By knowing how a motorcycle collision happened, our lawyers can often identify the parties with legal liability for the injuries and fatalities that followed.

This sobering assessment from the New York State Department of Health summarizes the risk of injury motorcyclists face on the highways and byways around Staten Island.

Per mile driven, motorcyclists are approximately 37 times more likely to die in a traffic crash than occupants of a passenger car. On average, 4,000 New York residents are treated and released from an emergency department each year as a result of motorcycle crashes; that is an average of 11 people every day.

Surviving a motorcycle wreck, in other words, is never a sure thing. Those who escape Staten Island motorcycle accidents with their lives still face the prospect of massive trauma, such as:

After a Staten Island Motorcycle Accident

Oftentimes, Staten Island motorcycle accident victims walk through our doors at Jacoby & Meyers, LLP, feeling overwhelmed, unsure even of how we might help them. We feel comfortable giving those clients the guidance that they need. But there are some steps our clients could take even before they visit us for the first time that can help protect their rights to compensation. For instance:

It seems obvious, but anyone who gets into a wreck on a motorcycle in Staten Island should seek immediate medical care. Unfortunately, in our experience, it is not always a given that motorcycle accident victims have gotten the medical care they need, or any medical care at all. Some riders think that they can get away with toughing it out through the pain. Others do not realize, at least not right away, that they have sustained an injury.

Concussions and internal injuries, for example, do not necessarily show symptoms immediately after an accident, but often times a doctor can diagnose and, importantly, begin treating them even before symptoms appear. Not only does this help to prevent further health complications, but it also generates records of a client’s medical visit that can prove useful in proving the connection between the motorcycle accident and the resulting injuries.

Resist the Urge to Fix Your Motorcycle

The moment a Staten Island motorcycle crash happens, the motorcycle that our client was riding becomes evidence that could prove useful in a subsequent legal action. Fixing the bike could destroy the value of that evidence. Instead of taking the motorcycle to the shop, or selling it for parts, we urge our clients to store it somewhere safe and not to touch it until we have had the chance to evaluate whether to send a forensic expert to inspect it. You never know what evidence might turn up that helps to prove a multi-million dollar damages claim.

No one can avoid talking to insurance companies completely after a Staten Island motorcycle accident. Our clients typically have no choice but to put their motorcycle insurance provider on notice that the crash happened, for example.

Riding a motorcycle may come with risks, but that does not make it acceptable for other motorists to put motorcyclists in danger. The consequences are simply too grave. If a Staten Island motorcycle wreck has upended your life and left you in pain or grieving a tragic loss, contact Jacoby & Meyers, LLP, online or at (877)-565-2993 for a free case evaluation with our team.